Home Macedonia Ministries are used for work everywhere else in the world, only in... 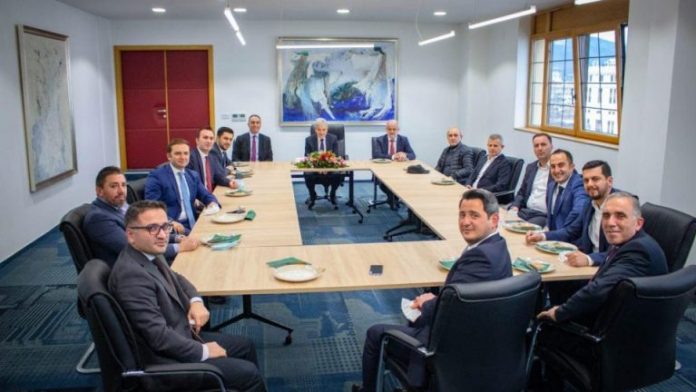 Such irresponsibility with state resources has never been seen before. The photo of ministers and government officials who use state institutions to celebrate a birthday without wearing face masks and adequate protection is unacceptable, reads VMRO-DPMNE’s reaction to the published photo of DUI officials celebrating the birthday of party leader Ali Ahmeti in the premises of the Ministry of Political Affairs system.

“Everywhere in the world, ministries are used for work, only in a government headed by Zaev for birthdays. Instead of ministries serving the citizens, in Macedonia they serve government officials to celebrate birthdays. Instead of talking nonsense, Spasovski and Filipche should punish the ministers who did not wear masks in Grubi’s ministry. When the citizens can pay fines for not wearing a mask, then the least the ministers and government officials could do is pay as well,” said VMRO-DPMNE.