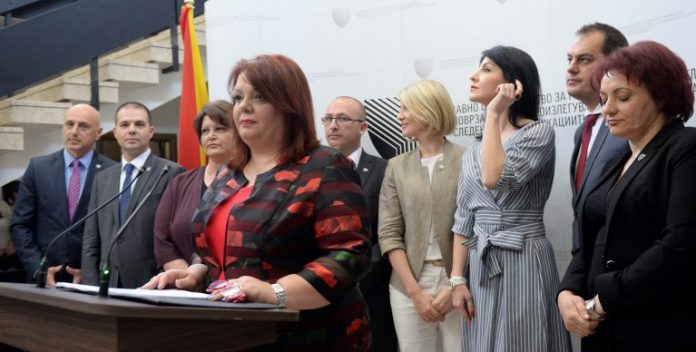 Special Public Prosecutor Katica Janeva, although she adopted a Rulebook on determining and paying bonuses, did not comply with the laws and special acts, and unjustifiably paid bonuses to the SPO employees in the amount of 282,896,000 denars, or about 4.6 million euros for which there is no legal coverage, based on fees for respecting the principle of secrecy, VMRO-DPMNE spokesperson Naum Stoilkovski said at Tuesday’s press conference.

“Prosecutors of the former SPO during the four years from 2015 to 2019 illegally awarded themselves bonuses worth 4.6 million euros.

“Katica Janeva, Fatime Fetai, Lenche Ristoska, Lile Stefanova, and other prosecutors from the SPO awarded themselves 4.6 million euros of public money, without any basis. VMRO-DPMNE today will file lawsuits against all these people,” said Stoilkovski.