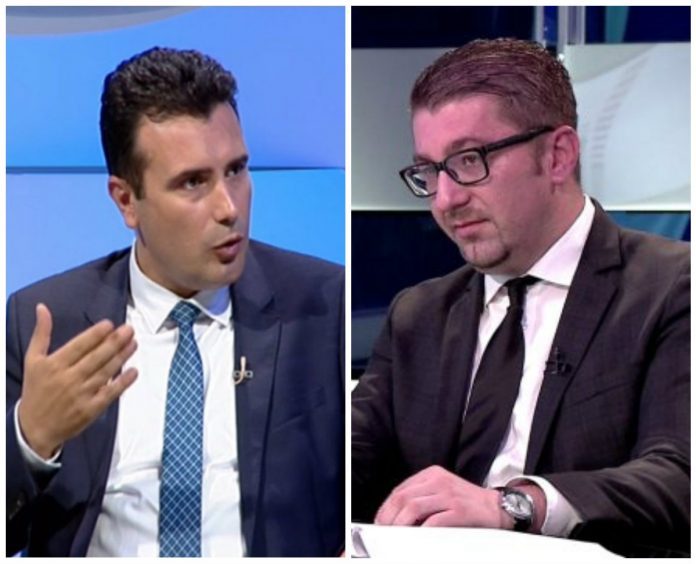 The opposition VMRO-DPMNE currently has a clear advantage over the ruling SDSM, and a positive opinion of its leader Hristijan Mickoski than the current Prime Minister Zoran Zaev, have almost twice as many respondents in the public opinion poll conducted by the SIA VISTA Institute.

The SIA VISTA Institute for Strategies, Research and Analysis conducted public opinion poll for its own purposes. The poll was conducted by phone between 21.12.2020 and 25.12.2020 and involved 1,523 respondents, taking demographic structure and ethnicityinto account. The analysis covers all electoral districts. The margin of error is 1.5% give or take.

According to the information from the poll, when asked which party they would vote for if the elections were to be held tomorrow, 22.3 percent of the respondents voted for VMRO-DPMNE, while SDSM won the confidence of 18.4 percent of the voters. Levica with 4.9 percent is the third party from the Macedonian camp that ranks in this survey.

As for the Albanian political parties, the ruling DUI with 6.1 percent confidence has a slight advantage over the opposition Alliance for Albanians, which currently has the support of 5.6 percent of respondents. The coalition partner of the Alliance for Albanians, the Alternativa party has a rating of 2.7 percent, while the Albanian parties that gravitate towards SDSM, BESA and DPA won the support of 2 and 0.6 percent, respectively.