Home Macedonia Filipche and Zaev have been spreading fake news for months that they... 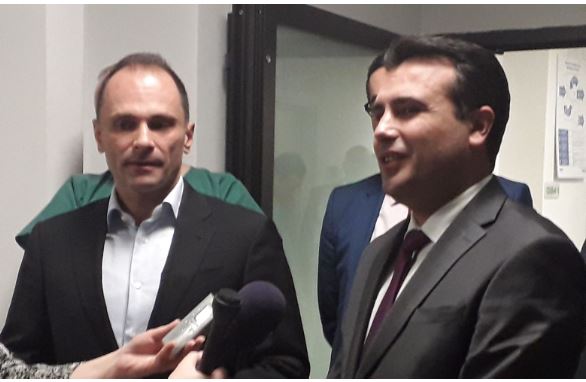 There are no vaccines from Bulgaria! What we warned about has been confirmed, that the Bulgarian authorities also pointed out that they will share their vaccines with us if they have any left, said VMRO-DPMNE spokesperson Naum Stoilkovskiat a press conference.

“The Government, have been spreading LIES and FAKE NOEWS for a whole month via its official website! The announcement from December 22 entitled “Filipche: Bulgaria will donate part of its vaccines to the Republic of Macedonia” is still on it. Then he says: The Republic of Bulgaria will donate to our country a part of each shipment of vaccines against COVID-19, which they bought directly from the manufacturers!With this decision, vaccines against COVID-19 will arrive in our country at the same time as in the other member states of the European Union, reads the official website of the Government of Macedonia, quoting Filipche’s statement given to the national broadcaster, and after the meeting with Minister of Health of Bulgaria Kostadin Angelov! Filipche then goes even deeper: “We have already discussed the technical details regarding the deliveries,” reads the official website of the Government,” says Stoilkovski.