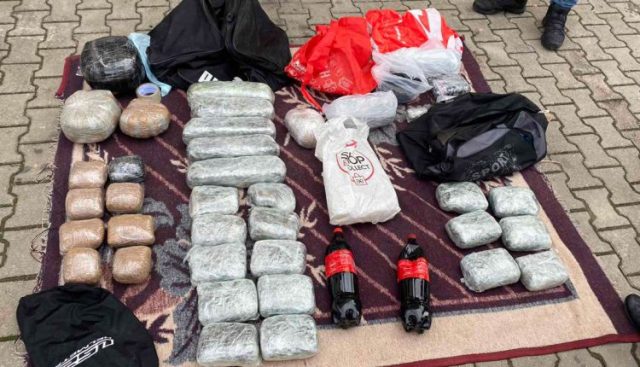 Police detained two people in Skopje’s Singelich A.V. (74) and S.V. (45) after finding and seizing 10 kilograms of cannabis in their home.

“Following a previously issued order by a Pre-Trial Judge from the Basic Criminal Court Skopje, police searched the home and other premises where A.V. and S.V. in the area of ​​Singjelich, where they found several packages with a large amount of cannabis (about 10 kg), several bottles of hashish oil, a Red Flag firearm with two frames and 57 bullets,” informed the Ministry of Interior.