Home Macedonia VMRO-DPMNE’s initiative to collect signatures for the abolition of the Census Law... 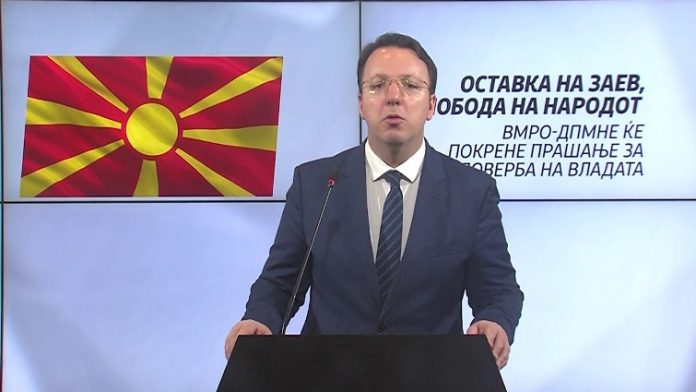 VMRO-DPMNE Vice President and Member of the Parliament of the Republic of Macedonia Aleksandar Nikoloski told Alfa TV said that the Initiative of VMRO-DPMNE to collect civil signatures to repeal the harmful law on census start next week,and that we expects over 100,000 citizens to sign it in order to nullify this law.

“Although President Stevo Pendarovski signed the Census Law, the only thing that remains as a legal battle of VMRO-DPMNE is to call the citizens and the Macedonian people and all who live in Macedonia is to go to the regional units of the Ministry of Justice and sign the initiative of VMRO-DPMNE to repeal this harmful law on census,” urged Nikoloski.

He pointed out that the legal procedure for this has already started these days and the date when the signatures will be collected will be additionally announced, the deadline is 30 days, he expects that from next week it will be known exactly from which day the citizens will be able to go and to sign with their ID card this initiative of VMRO-DPMNE, in order to collect enough signatures to act on the repeal of this law. The minimum number is 10,000 signatures, but I expect to go with a number of 100,000 citizens to sign for the repeal of the law on census and thus this harmful law that aims at unrealistic and harmful census to be abolished, said Nikoloski.