Home Macedonia Academician Kjulavkova: There are people in the country who are ready to... 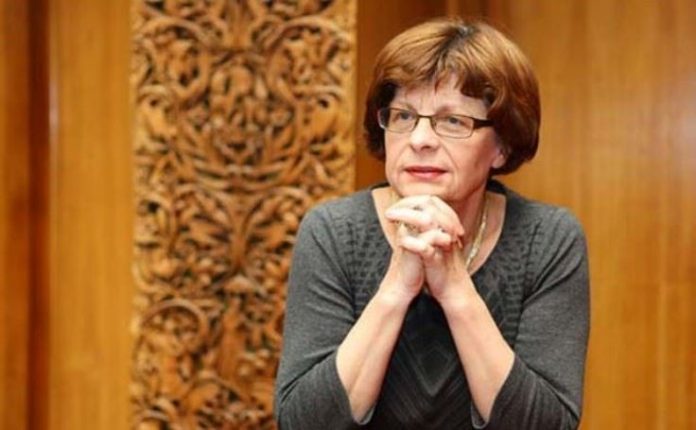 Academician Katica Kulavkova in an interview with the “Shto ne e jasno” show talked about the fact that in Macedonia there are people with low intellectual capacity who dominate or are ready to sign everything and that puts Macedonia in danger of being disfigured not to be a modern state.

We in Macedonia have that people with low intellectual capacity have a very high image of themselves, have the illusion that they are very capable, that they know everything, that they can do anything. The strategies of the international community imply in all that knowledge of all that psychology and they use it and we would even win the Nobel Prize for a certain profile that is unreal and such profiles in Macedonia dominate in politics and are ready to sign everything, any agreement, to bring any measures that the harmful consequences they are not able to assess and perceive in advance, and do not require any help from science. If they get opinions, they either reject it or ignore it or pretend to have opinions from science. Now they are pretending with the education reform that they have the position of the Macedonian Academy of Sciences and Arts, the Macedonian Academy of Sciences and Arts has told itself that position, it does not correspond at all with the position of the Ministry. But they continue to confuse the public with those half-truths. This is a syndrome that if the most incompetent staff continues to be in the highest decision-making positions, Macedonia is in danger of being disfigured not to be a modern state in the true sense of the word,” said Kjulavkova.