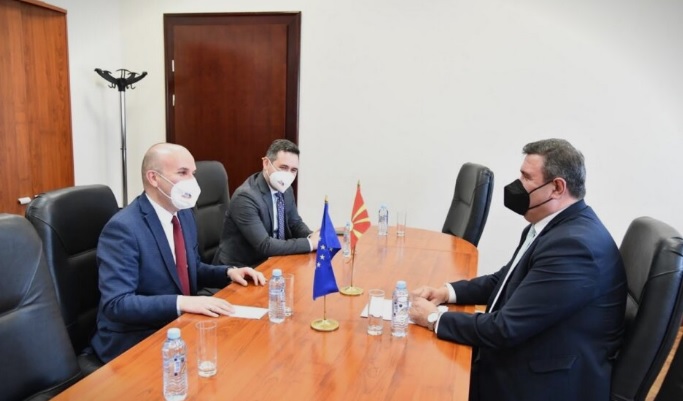 Micevski informed Kyuchyuk about the current developments and conditions regarding the functionality, efficiency, dialogue and cooperation between the government and the opposition, as well as between MPs and parliamentary groups within the Parliament.

Micevski especially referred to the problem with the inclusion of the opposition in the important processes and the adoption of important legal solutions, as well as the non-compliance with the democratic procedures and the Rules of Procedure of the Parliament. In this context, the issue of the abuse of the European flag and the abbreviated procedure by the government in passing laws and legal solutions in the Parliament was raised.

At the meeting they also discussed the current problems and challenges facing Macedonia, such as the high level of corruption and crime in our country, a fact that was recently confirmed and noted in the Transparency International Report, placing Macedonia at 111 place in the world, they discussed the poor economic situation and the huge indebtedness of the state, but also dealing with the consequences caused by the COVID-19 crisis.