Home Macedonia Zaev to adhere to EU regulation regarding IDs 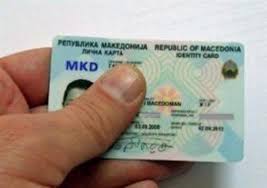 Prime Minister Zoran Zaev said on Monday that he’s not against IDs showing both ethnicity and citizenship, but if there’s an EU directive over the issue, North Macedonia, he stressed, has no alternative to full-fledged EU membership.

“Showing ethnicity is still subject to national law both here and in EU member states. The EU Ambassador said that EU-wide rules on the issue will enter into application in August and we aspire to join the Union. Of course, we’ll abide by EU regulations. However, I don’t know the precise details regarding this regulation. I said that I’m not against IDs showing both ethnicity and citizenship, this is a multiethnic country. But, if there’s an EU directive over the issue, North Macedonia has no alternative to full-fledged EU membership,” PM Zaev told reporters after testifying in the ‘Titanic’ case trial at the Skopje-based Criminal Court.

EU Ambassador to North Macedonia, David Geer, last week said that EU’s regulation over protection of personal information, which prohibits the processing of personal data, revealing racial or ethnic origin, political, religious or other beliefs, will enter into application in August.