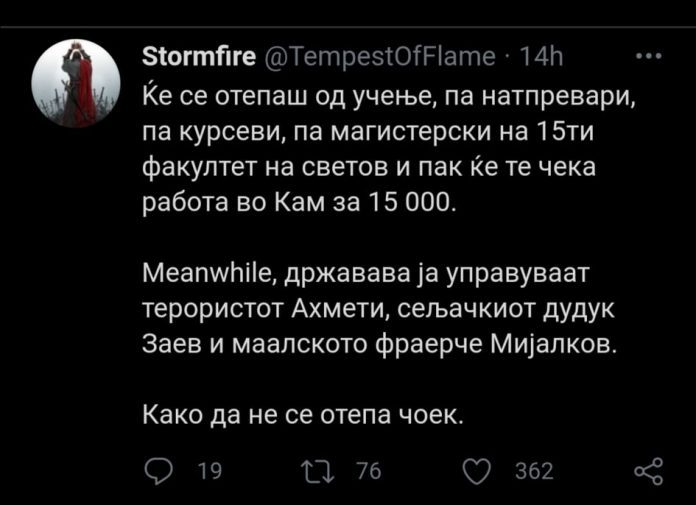 The fact that young people emigrate from Macedonia, every day receives solid support in social developments that are not just a product of the economic picture. The lack of perspective in the country, where the government is followed by numerous political scandals, high corruption and selective justice, is becoming more and more serious.

The latest case with the escape of the former UBK chief Sasho Mijalkov, which completely destroyed the trust in the already dysfunctional state institutions, especially the judicial system, provoked public discontent.

That there is no state employment without a party membership was proven accurate once yesterday when a job ad for enumerators of the upcoming census was published on the official party sites of SDSM.