Home Macedonia VMRO-DPMNE to support the interpellation of Spasovski at the initiative of the... 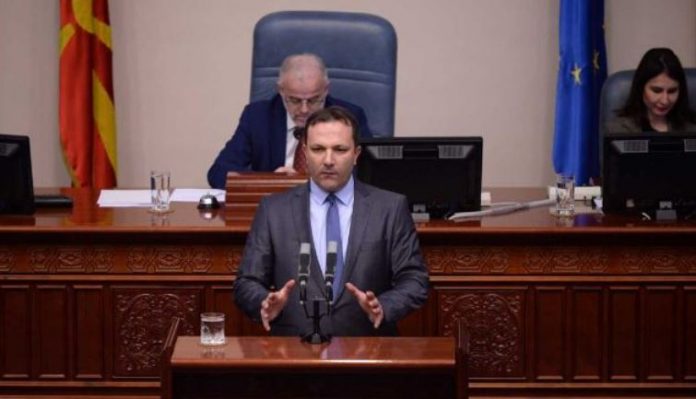 We will support the submitted interpellation for Minister Oliver Spasovski by the Alliance for Albanians and Alternative. We will support it because we believe that there can be no explanation that the system has failed when that system has people who have been elected and who have been given the confidence to run it. So during this fiasco, this expensive circus that has been played in recent days should have a responsibility,” said MP BojanStojanoski of VMRO-DPMNE and the “For the Renewal of Macedonia” coalition.

Stojanoski added that the request for responsibility from the Government for the escape of former UBK chief SashoMijalkov comes not only from the opposition parties but also from politicians who are leaders of the parties that are part of the SDSM coalition.

“This is just one step, we have submitted an interpellation procedure, so let’s see which of the majority will support us as the opposition, because they need to show that not only the citizens who voted for the opposition are thirsty for responsibility, but also those citizens who voted for them. From the aspect of the interpellation for the Government, we will submit it when the conditions are created, we are working on it. I also think that when we submit it, the public will be informed, but still before that the majority should be gathered in order to be able to vote on the agenda,” said Stojanoski.