Home Macedonia More than half a ton of narcotics seized at the Bogorodica border... 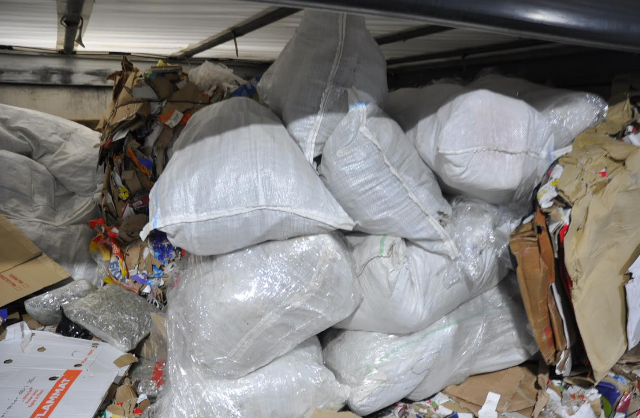 The Ministry of Interior on Saturday has seized more than 500 kg of marijuana and detained three people in two separate police crackdowns on international drug trafficking rings.

The exact quantity has not been determined yet, as counting and weighing of the seized drugs is still ongoing at MoI’s Forensic Department.

“The Department for the Suppression of Organized and Serious Crime has busted an international marijuana trafficking ring from Kosovo through North Macedonia and Greece to Turkey, and so far 424 kg of marijuana have been seized (counted) and one person has been arrested. The marijuana seized is estimated to reach a price of over a million euros on the drug market in Turkey,” MoI spokesperson Toni Angelovski said Sunday.

According to him, criminal charges on “unauthorized production and distribution of narcotic drugs, psychotropic substances and precursors” will be filed in this case to the Prosecutor’s Office on Sunday.

Angelovski noted that the police crackdown took place on Saturday evening at the Bogorodica border crossing in cooperation with the Customs Administration, whereat during a search of a freight motor vehicle with Skopje license plates, police have seized, among other items, 519 packages of marijuana.

He added that the search of the freight motor vehicle continues on Sunday as it involves a large amount of goods. The person arrested will be brought before a pre-trial judge.

In a separate crackdown on Sunday, officers from the Criminal Police Department – Illicit Drug Trafficking Unit in coordination with the Regional Center for Border Affairs-South., Strumica Internal Affairs Sector, the National Security Agency and the Army have busted a drug trafficking ring from North Macedonia to Greece near the Selemli village close to the border with Greece and seized around 93 kg of marijuana.