Home Macedonia Janushev: Zaev’s refusal to allow the use of fingerprint devices indicates that... 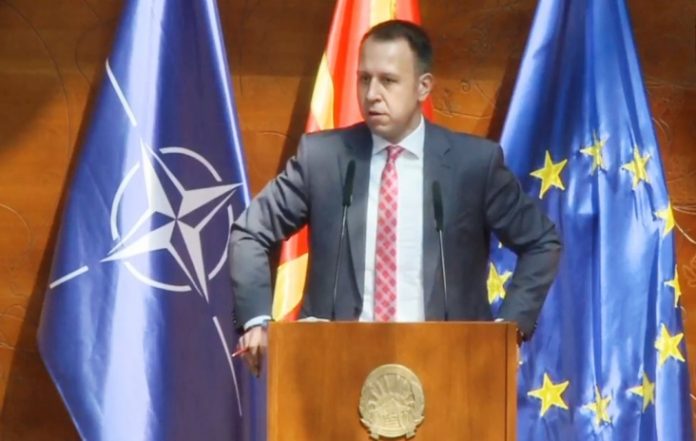 VMRO-DPMNE MP Igor Janushev accused the Zaev regime of preparing to forge the results of the October municipal elections by refusing to implement the decision to use fingerprint devices that will limit electoral fraud. Janushev said that the agreement to use the devices was reached a year ago by the two major parties VMRO-DPMNE and SDSM, but that SDSM is now trying to get out of the agreement and has been sabotaging talks for its practical implementation.

“Despite all efforts, concessions and good will offered by VMRO-DPMNE, the SDSM – DUI coalition is obstructing this plan with all strength. This would enable them to conduct ballot stuffing. Even though the decision was signed into law, the 2021 budget does not provide funds for purchasing the equipment and ignores demands from the State Electoral Commission to make them available. SDSM and DUI are now pushing to go back to the old model of using UV lights and invisible ink to mark voters, even though this option is no longer legally available, once the fingerprint devices were mandated into use. Is this because SDSM and DUI plan to continue the practice of family voting and ballot stuffing? Their refusal to accept the use of electronic fingerprint devices means that the Zaev Government is preparing for electoral theft. We call on the international community to exert pressure on the Government so that it upholds what is its legal obligation. There are seven months left until the elections which is enough time for the international community to intervene,” Janushev said.