Home Macedonia Alliance for Albanians/Alternativa: The criminal scheme of the Ministry of Health and... 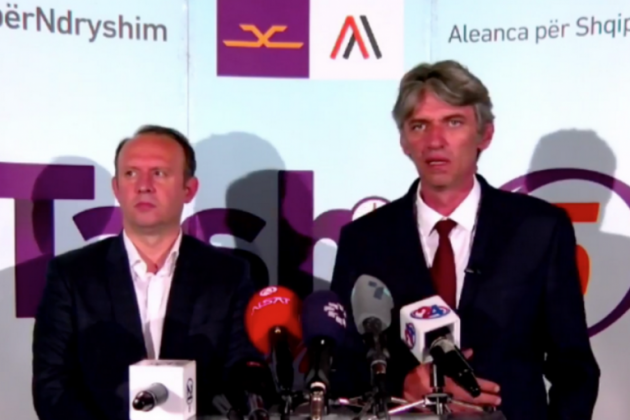 The opposition coalition of the Alliance for Albanians and Alternativa says that the criminal scheme of the Ministry of Health and Prime Minister Zaev has been confirmed.

“After the publication of the correspondence of the Ministry of Health with the phantom company from Hong Kong, in order to procure Chinese vaccines, the criminal scheme of this ministry and Prime Minister Zaev was confirmed. Even in this time of crisis where thousands of citizens are infected, when the number of infected citizens is increasing every day, when unfortunately the number of citizens who lose their lives is increasing, Minister Filipche and Prime Minister Zaev do not intend to provide vaccines on a regular basis. basically, but instead, they are traded for favorable prices and investments outside any human norm.It is surprising how Prime Minister Zaev uses the companies mentioned in the so-called “bombs” from Gruevski’s criminal activities, for the same purpose, but now to the detriment of the health of the citizens. In this situation, the most logical move would be the resignation of Minister Filipche and Prime Minister Zaev, for the good of the citizens,” said the Coalition Alliance for Albanians/Alternativa coalition.