Home Macedonia Zaev is preparing for election fraud, therefore he does not respect the... 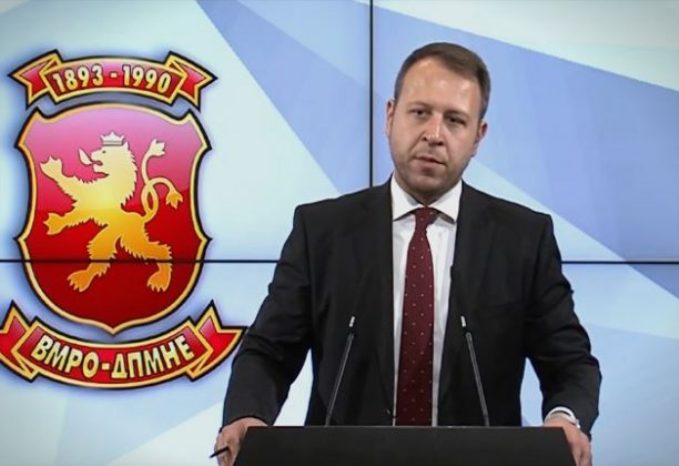 A few days ago we had a press conference on “fingerprint voting”, today I would like to talk about it again because, at the very  least, we suspect that Zoran Zaev does not want an agreement on the Election Law, and deliberately and knowingly delays the implementation of the law in the part of the fingerprint, just and only to have the ballot boxes filled and group voting, said VMRO-DPMNE’s  Igor Janushev at today’s press conference.

“This is a consequence of the fact that Zaev also knows that he will experience a debacle in fair and democratic elections. SDSM is ready to violate and not implement the Electoral Code just to be able to conduct election fraud. The Electoral Code, which was adopted by acclamation by the parties in the Parliament last year before the elections in February 2020, is decisive and it requires the mandatory use of equipment for reading fingerprints, for two reasons: first, to confirm the identity of voters , and second, to determine whether the voter has already exercised the right to vote. Holding elections without fingerprint terminals is against the Electoral Code and is a crime. The government has had more than enough time to procure fingerprint terminals and nothing can be an excuse. What Zaev is doing is fooling the public and buying time to call before the elections to go to the polls without the legal obligation for electronic fingerprinting. By violating the law, does SDSM really want to make way for election irregularities by family voting and ballot box stuffing, as was done in the past, when there was voting every 5 seconds?” Janushev said.

“SDSM MPs, we once again urge you not to think at any moment to go against the law, because there will be responsibility for every violence and for every violation of the law you will be punished!”, added the VMRO-DPMNE representative.