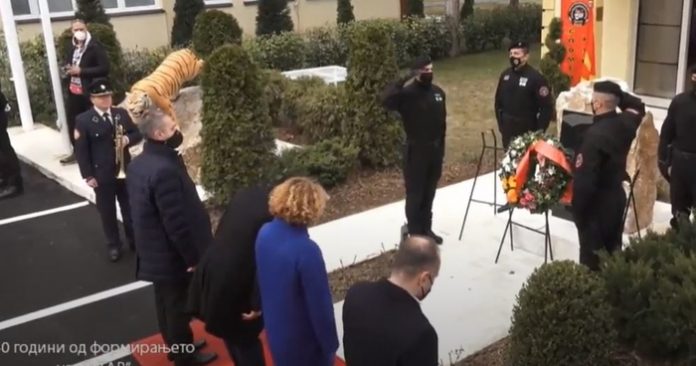 The special anti-terrorist unit known as “Tiger” marks its 40th anniversary. The event was attended by top government officials, including First Deputy Prime Minister Artan Grubi, who was part of a government delegation that laid fresh flowers in front of the monument to the fallen members of the Tigers.

According to the protocol, everyone else bowed before the plaque in honor of the deceased while Grubi refused to do so. However, according to Grubi, not bowing down did not mean that he did not want to show his respect.

Grubi says that if he did not want to pay his respects, he would not have accepted to be part of the delegation. He considers that it is time for reconciliation when we are already marking 20 years since the conflict and the Ohrid Framework Agreement.

Minister of Interior Oliver Spasovski, Prime Minister Zaev, Health Minister Filipche and Minister of Defense Radmila Sekernska paid tribute to the killed members, as well as guests from the diplomatic corps, and the families of several generations of members of the special anti-terrorist unit.