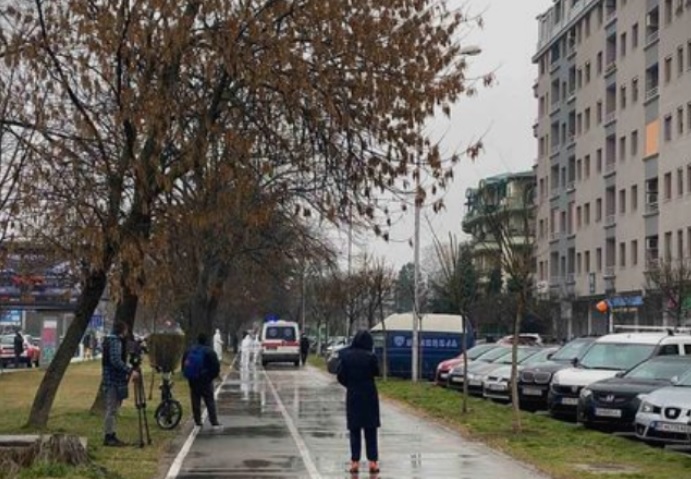 Special forces prevented a young girl from jumping from the fifth floor of a building in Skopje’s Karposh. They went downstairs with ropes and closed the terrace. The Skopje fire brigade informed that the neighbors reported the case around 12.30 and that a girl has climbed up the balcony with the intention to jump.

“We immediately came to the scene and set up a safety mattress in case she decided to jump from the fifth floor. But, on the order of the intervention police, we withdrew and their teams took over the rescue operation. The police officers went upstairs using climbing ropes and closed the exit door from the balcony downstairs where the girl was. The intervention was successfully completed, said Vladimir Kochovski, commander of the Skopje fire brigade.