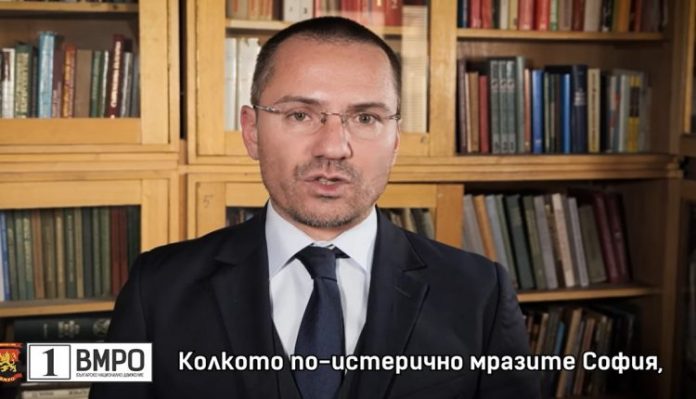 MEP Angel Dzhambazki posted a scandalous video on Facebook with footage of Ohrid and Skopje, promoting the Greater Bulgaria dreams supported by the San Stefano Agreement.

He says that we are only “temporary managers” in Macedonia. According to him, one cannot live in the 21st century without recognizing the 20th century.

“The more you lie, the more the truth will shine. The more hysterically you hate Sofia, the more Bulgarian Ohrid becomes. The louder you tell your lies, the faster and more horrible your end will be,” says Dzhambazki.

He claims that Macedonia is Bulgarian. In the dispute he says that the more we lie, the more the truth will come out. Although there were reactions in the European Parliament for the provocations of Bulgaria towards Macedonia, still this video is a proof that the provocations do not stop.

He also sent a direct message to Prime Minister of Macedonia Zoran Zaev.

The opposition VMRO-DPMNE reacted to this, the Ministry of Foreign Affairs sent a protest note to Bulgaria, and the Bulgarian Foreign Ministry barely apologized.