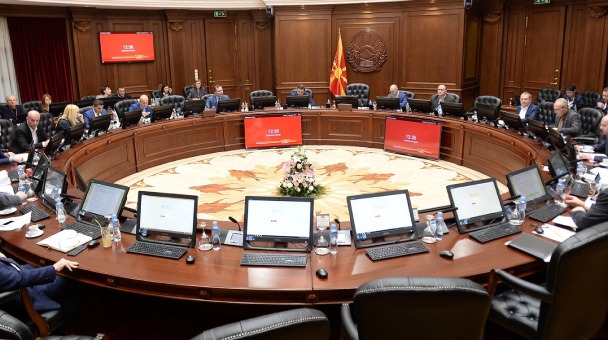 The government at its Thursday session decided to declare a state of crisis on part of the territory of N. Macedonia due to increased risk of migrant entry and transit, as well as to protect public health from illegal migration amid a pandemic.

According to the decision, the state of crisis will be in force for up to 30 days, starting April 1, 2021.

“The government also decided to propose to the President of North Macedonia to deploy Army members in managing the state of crisis,” the government said in a press release.

Moreover, the government has tasked the Main HQ within the Crisis Management Center with preparing an action plan for prevention and management of the situation at North Macedonia’s southern and northern border, as well as a review of the available human and material-technical resources and a plan for coordinated activities.

It also charged the Interior Ministry, the Defense Ministry, the Army of North Macedonia, the Ministry of Labor of Social Policy, the Ministry of Health, the Crisis Management Center and the Protection and Rescue Directorate, as well as other relevant state institutions to make available all resources and capacities for managing the state of crisis.

On Thursday afternoon, the government’s assessment group proposed that a state of crisis should be declared at North Macedonia’s southern and northern border in order to protect public health from illegal migration.