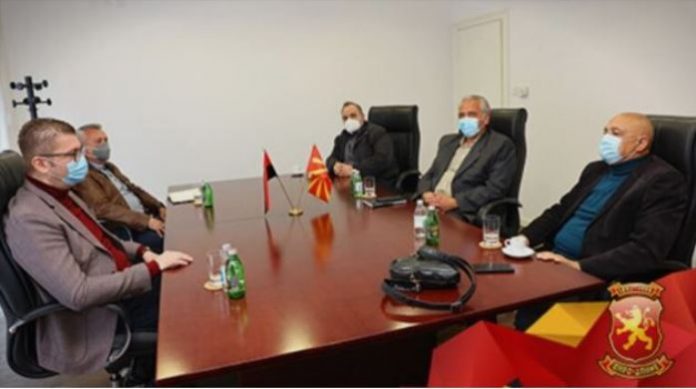 Today I had a meeting with representatives of the I won’t open the door” initiative with whom we talked about the current political situation in the country, but also introduced them to the details of the agreement reached to postpone the census, said VMRO-DPMNE leader Hristijan Mickoski.

We jointly agreed that it is good that the census has been postponed due to the bad epidemiological picture and the raging COVID-19 pandemic that claims about thirty lives every day and infects 1,300 of our fellow citizens.

The representatives of the initiative were introduced at the meeting, but we also agreed on the commitment to consistent application of Eurostat practices and methods in conducting the census, as well as the fact that the results of a census that will not be conducted according to the methodology and standards of Eurostat and European practices,” said Mickoski.