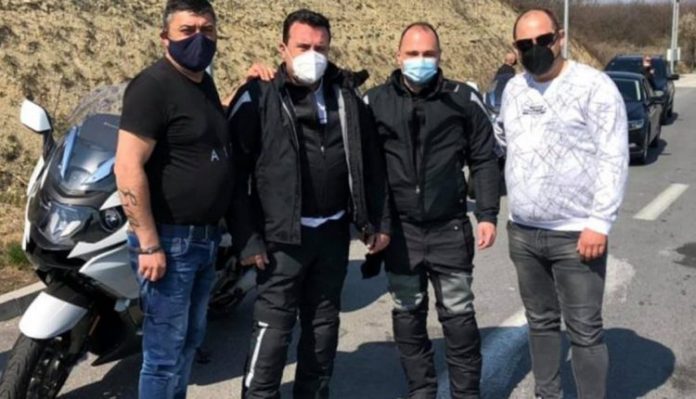 Head of the Union of Youth Forces of VMRO-DPMNE Sergej Popov at Saturday’s protest in front of the Ministry of Health under the motto “Let’s wash away the shame of Filipche”, said that Macedonia has already surpassed the Italian scenario in mortality of 1 million people, while the Minister of Health rides motorcycles and helicopters.

“4150 deceased is a figure that shows the highest mortality in the world. Unfortunately, more and more young people are dying due to COVID- 19. The youngest deceased was only 19 years old, before that was a 22 year old, before that 24, and before that 29. The pandemic is no longer dangerous just to adults and at-risk groups of citizens. The dysfunction of the healthcare system, corruption, lack of interest and lack of commitment of the authorities, brought us to the level that fifty people die every day,” said Popov.

“Instead of vaccinating people, you are riding helicopters and motorbikes, going on luxury vacations as a government, smuggling drugs and handing out identities and passports to drug lords, people here are dying every day. Because they are left on their own,” Popov stressed.