Home Macedonia The “Mafia” scandal revealed that the interior minister and organized crime were... 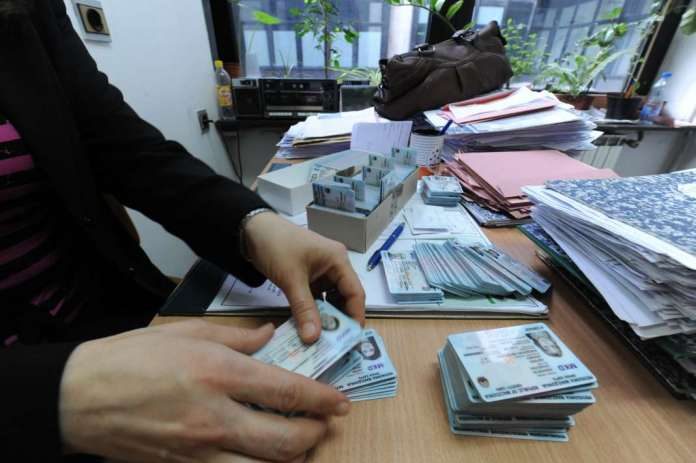 We saw in the “Mafia” scandal that Interior Minister Oliver Spasovski and organized crime were one and the same, said VMRO-DPMNE’s Orce Gjorgjievski at a press conference on Monday.

Gjorgjievski also remarked on the inaction of the head of state and criticized the National Security Agency (NSA), which according to him must have had information which persons associated with international organized crime and terrorism gained Macedonian passports.

“Stevo Pendarovski is the President of the country with a security system that has been completely breached. And instead of writing notes, ANB should deal with the Skaljar clan, the Albanian drug clan Baruti, the Italian mafia, the Turkish mafia, ISIS, whose people have exactly the passports that Spasovski issues. The very fact that the government does not deny the scandal by giving official Macedonian passports and IDs to world criminals and mobsters, confirms that they are stuck in the “Mafia” scandal. Zoran Zaev and Oliver Spasovski are most responsible for the fact that Macedonia gave protection to crime, mafia and terrorism, because the documents they issued in the procedure of the Ministry of Interior with misuse of ID numbers, names and identities of our Macedonian citizens,” said Gjorgjievski.