Home Economic Government is making all kinds of excuses not to pass the stimulus... 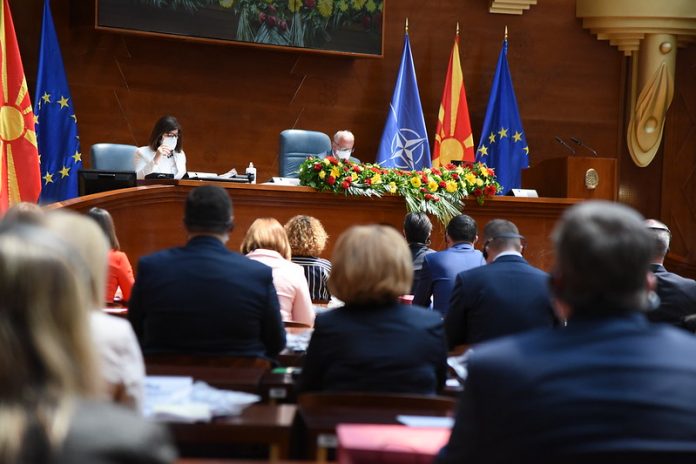 We witnessed an all-day theater in the Parliament, said the coordinator of VMRO-DPMNE’s group in Parliament, Nikola Micevski late last night.

“For several sessions we have been asking for the 36th session, which includes the fifth set of measures, which the citizens and the economy are waiting for, and which are insufficient and do not cover all groups, to be put on the plenary session. Although we were told yesterday that this will not happen today, today we see that we are conditioned to come to the 32nd session to complete the 36th session. It is outside the Rules of Procedure. Xhaferi should have concluded that there are not enough MPs for the 32nd session and to continue with the 36th session. Obviously there is some kind of agreement or they do not have money so they want to manipulate the public and the citizens and the economy. I must say that not only at this 32nd session, but at all other sessions no amendments are adopted by the opposition. As long as this opposition of 44 MPs from VMRO-DPMNE and the Coalition’s group in Parliament and other MPs in a total of 58 MPs are not respected and the role of those MPs is not understood, they will never have a quorum for sessions,” said Micevski.

He explained that the ruling party is manipulating with the number of sick MPs.

According to Micevski, the government is making all kinds of excuses not to pass the stimulus package because the budget is empty and they do not have enough funds for the fifth set of measures to help citizens and companies affected by the crisis.

Micevski rejects the accusations that the VMRO-DPMNE parliamentary group has set ultimatums to start the 36th session, as Parliament Speaker Talat Xhaferi claims.