Home Macedonia  Miloshoski: There are about 20,000 dual ID numbers, Spasovski didn’t do anything... 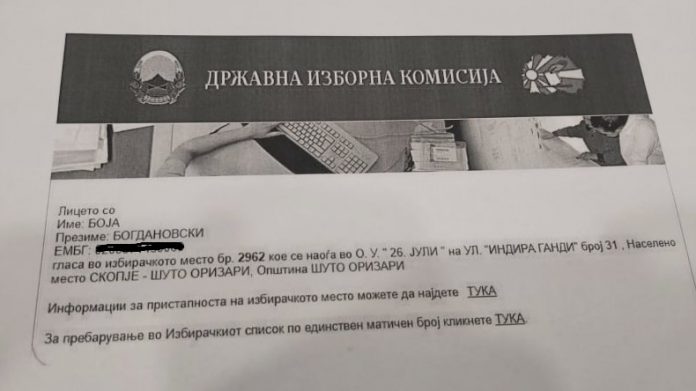 The Mafia affair has a new continuation and that is the Mafia 2 affair. According to our information submitted by a whistleblower, we reasonably suspect that there are persons, citizens of Macedonia with dual personal ID numbers, most of which are fictitious, and they can be abused for economic crime, for double voting and other type of abuse against the law, said VMRO-DPMNE MP Antonio Miloshoski at Friday’s press conference.

“This means that Oliver Spasovski’s Ministry of Interior not only issued passports to international drug lords, but we suspect that about 20 thousand citizens in the country have fictitious or dual personal ID numbers. One person has a personal identification number with a specific residential address. And now the same ID number appears with another person, with the same date of birth, the same day, month and year, with a difference in the last 3 digits, but with a different address from that of the first person. This means that 20,000 of our fellow citizens have the opportunity to vote twice. Such is the case with a certain Isamet Metusevski from Nikistane who owns two ID numbers. Such is the case with Nehat Shaipovski born in Ciflik, and the second ID number this time under the name of Boja Bogdanovski in Shuto Orizari,” he said.

Miloshoski pointed out that the third case is Xheladin Ademovski who according to that ID number was born in Ciflik and almost identical ID number under the name Xhadin Ademovski with an address in Chair.

“Yesterday, Minister Spasovski admitted that there were people with dual ID numbers and that indicates that Spasovski is aware of this affair dubbed “Mafia 2”. Spasovski said this had been a problem since 1981. But that is not the case because the name of Xhadin Ademovski from Cair is the identity of Sedat Peker who obtained an ID card in January this year. This confirms what these dual ID numbers were used for, but also confirms that the “Mafia 2” affair as well as the previous “Mafia 1” takes place during Spasovski’s term and he was informed and aware of these scandals. Oliver Spasovski has been Minister of Interior for almost 6 years. By not taking serious action against the mafia, it makes him an accomplice in it. For six years, he tolerated, and maybe even cooperated in creating such a network that used the infrastructure of the Ministry of Interior to issue dual passports and dual ID numbers,” Miloshoski said.

Miloshoski suspects that these ID numbers were abused for money laundering, taking bank loans, their misuse, fictitious double voting and other illegal actions in favor of the Ministry of Interior, which provided them with dual numbers and protection.