Home Macedonia Rashkovski and three others involved damaged the budget for 180,000 euros 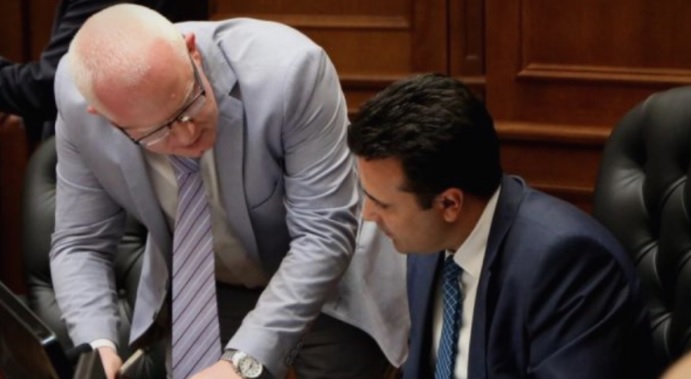 The competent prosecutor with the Public Prosecutor’s Office issued Thursday an order for conducting an investigation into four persons suspected of abusing their official position and powers in the case of procurement of traffic software.

With the actions he performed, the primary suspect, by not performing his official duties during the public procurement procedure, conducted public procurement contrary to the principle of economy, efficiency and effective use of public funds, determined in accordance with the regulations governing the use of budget funds and obtained gain for three economic operators – the right to participate in public procurement procedures and to conclude contracts for the same and to gain illegal property benefit to the detriment of the budget in the total amount of 11,018,321.00 denars.

The competent prosecutors, estimating that there are indications of flight risk, hiding and influencing witnesses, proposed the court the two first suspects to be detained. For the other suspects, they proposed the court to impose precautionary measures, such as a ban on leaving the residence, temporary seizure of travel documents etc.