Home Macedonia SMI Director: I have not received any indication from the Government about... 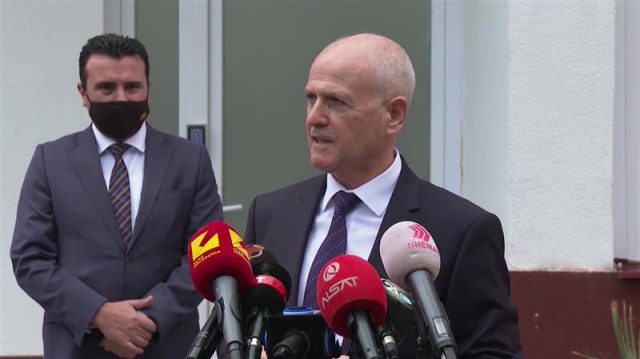 “I expect a proposal to be made for his dismissal. And I expect this from LjupchoNikolovski,” said Zaev.

In the case of the director of the State Market Inspectorate (SMI) StojkoPaunovski, Zaev is already determined to dismiss him, and the Code offers a milder measure. When asked in the Government whether Nikolovski has warned Paunovski for his behavior, there are no answers, and only Paunovskiresponded.

“I have not received such an indication,” said StojkoPaunovski, director of the SMI.

According to the adopted Government code of ethics, Paunovskiis instructed to approve the redeployment of the administrators, although he believes that they will not do the work. The director may also receive a fine, but under a different law.