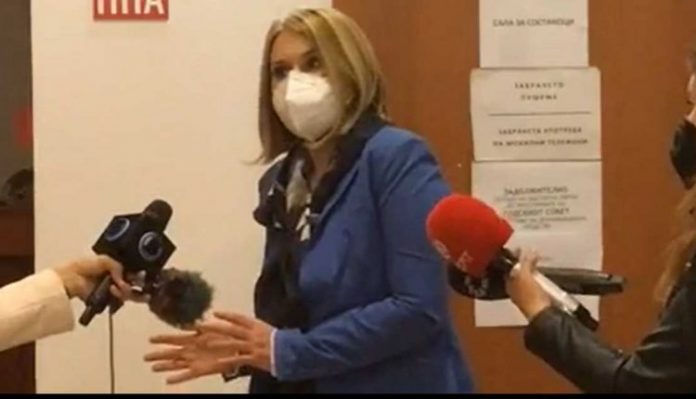 The Judicial Council of the Republic of North Macedonia at Wednesday’s session elected Pavlina Crvenkovska its new president.

Crvenkovska received all the votes of the 12 members present at the session. She said she would not betray the members’ trust and pledged that she would perform the duties of president professionally and with integrity.

“I understand the position given to me today makes me first among equals,” Crvenkovska said. “My role will be only to further strengthen the team spirit of the Judicial Council.”

According to the new Law on the Judicial Council, which entered into force last year, the president is elected by a vote of council members who have been given a two-year term by Parliament, without the right to re-election.

Pavlina Crvenkovska was elected member of the Judicial Council by Parliament in December 2020. From 2006 to 2020, she was court adviser in the Skopje Court of Appeals. Previously, from 2004 to 2006, she worked as a state adviser in the Government, and has also headed a department at the Ministry of Defense. From 1998 to 2002 she worked as a lawyer, and from 1996 to 1998 was the secretary general of the Chamber of Private Capital.

The current president of the Judicial Council Kiro Zdravev took office on April 27, 2019.