Home Macedonia Buchkovski: Not much we can do at this point, no legitimate interlocutor... 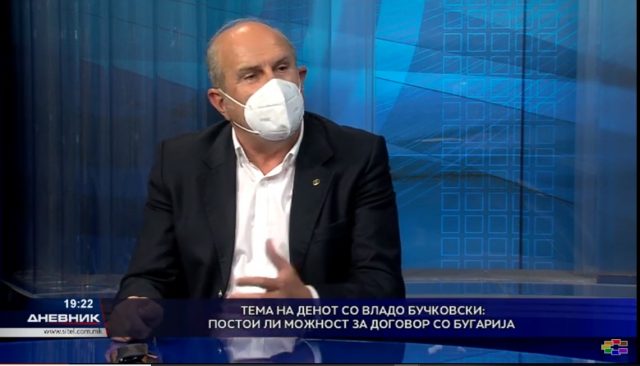 Realistically speaking, there’s not much we can do at this point. We are ready, but there’s no interlocutor with full legitimacy on the other side in order to wrap up the negotiations with Bulgaria, the special envoy of the Government of North Macedonia for Bulgaria, VladoBuchkovski, said Thursday.

Buchkovski said that developments in Bulgaria indicate that it is entering a serious political crisis, and in the next three months it will have a caretaker government proposed by President Radev.

“All this indicates that in the coming period the role of President Radev will strengthen. So far, we’ve had regular contact with him and his office. I have to admit that at the meeting I had in the second half of December, I didn’t see any difference between the positions held by the Government and the President. He was also proud to say that the Declaration in the Parliament was adopted at his insistence. So, we need to be aware that Bulgaria’s positions will be firm in the future, but on the other hand our positions are crystal clear as to the extent of concessions we can make in the negotiations,” said Buchkovski.