Home Macedonia Pendarovski: The April 27th defendants are not terrorists, I support a retrial 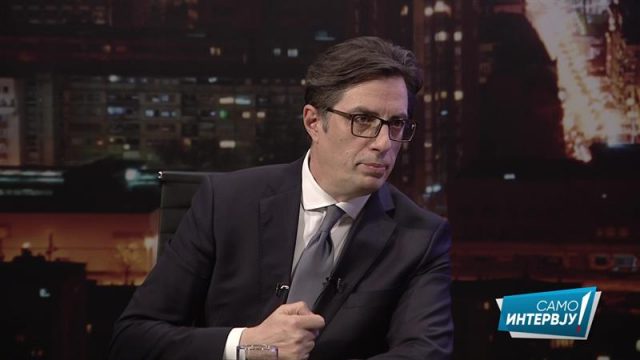 President StevoPendarovski agreed in a TV interview with the request from the opposition VMRO-DPMNE party and the protesters who poured out in Skopje on Sunday, that the defendants in the April 27th trial are not terrorists and that the sentences against them are Draconian.

“I asked what the charges are about and I knew that such a criminal act was not in use either in former Yugoslavia or in the 1990-ies. It was introduced later. I know something about terrorism and such security issues and I know that the people who entered the Parliament were not terrorists. Even those who physically attacked people, they can be charged with severe beating, in the cases of ZiadinSela or RadmilaShekerinska. Even for the organizers, 18 years are excessive,” Pendarovski said.