Home Macedonia Maas assures that Macedonia will not be decoupled from Albania in the... 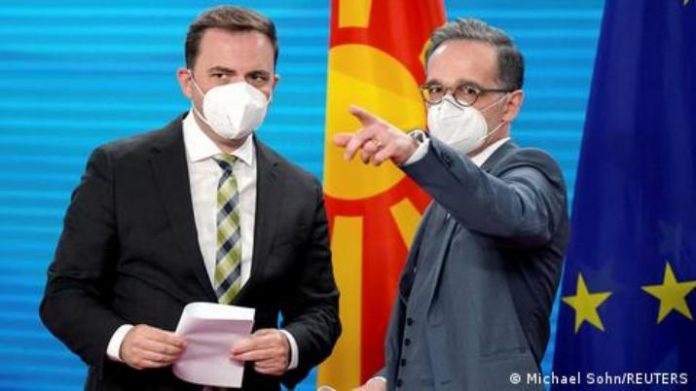 Germany is working to ensure that Macedonia and Albania are not decoupled, but to start negotiations for membership in the European Union as two countries in a package, as they have been treated so far, said German Foreign Minister Haiko Maas, ruling out the possibility of starting negotiations between EU and Albania without Macedonia, which is blocked by Bulgaria.

During his visit to Berlin, Foreign Minister BujarOsmani expressed optimism that the two countries would begin negotiations during the Union summits this summer.

“There have been such discussions in the past. Nothing has changed for Macedonia and Albania to continue to be included in the package. The German government was very committed to this during its EU presidency.”