Home Macedonia VMRO-DPMNE and coalition submit about 2,000 amendments to the Draft Law on... 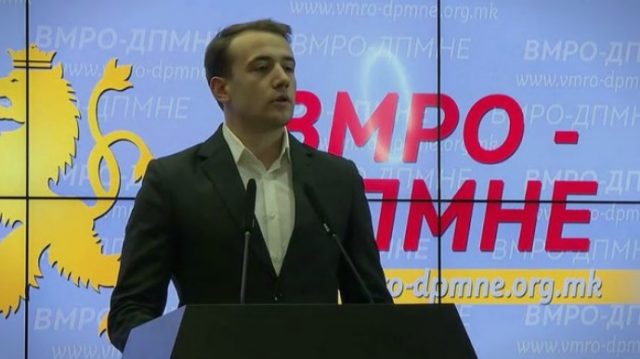 We inform the public that the parliamentary group of VMRO-DPMNE and the coalition submitted about 2000 amendments to the Draft Law on Amending the Law on Service in the Army of the Republic of Macedonia, MP BojanStojanoski said in a statement to the media.

“As responsible MPs, we have repeatedly called and appealed to the Government, the Ministry of Defense and Minister RadmilaShekerinska that this draft law which is in parliamentary procedure is not a good legal solution and that there are certain anomalies and shortcomings. However, the government and the Ministry of Defense persistently do not hear and understand our requests and remarks which are exclusively in the interest of the Army of the Republic of Macedonia. For that reason, our parliamentary group submitted about 2000 amendments because in this draft legal solution our remarks are not included and included. By submitting these amendments, our goal is to get the Government, the Ministry of Defense and the ruling majority to consider and accept our essential remarks and amendments so that the military and civilian personnel of the Army will exercise their rights, recognized in international law and guaranteed. in accordance with the Constitution “, said Stojanoski.