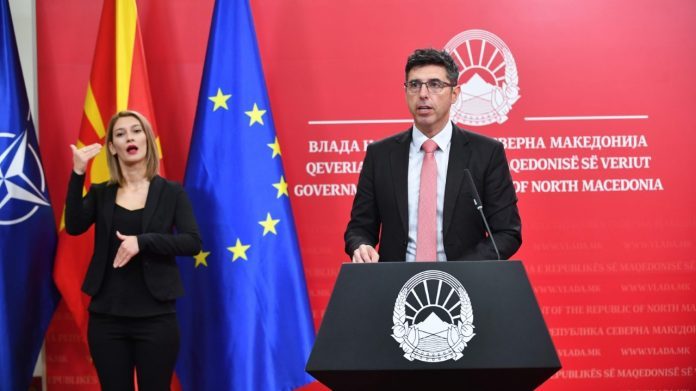 The government believes that separating Albania and Macedonia in their EU integration process is in no one’s interests and lack of EU principles could have impact for the entire region. The two countries should go together through the entire EU integration process in the Western Balkans and help each other, the government spokesperson Dushko Arsovski told press briefing on Wednesday.

He stressed that there is no other alternative than the European future for Macedonia and the Western Balkans and that our country aspires to join the EU. But, as he said, the Macedonian language and the Macedonian identity, imposed as issues from Bulgaria, must not be the topic of discussion and the engagement of Brussels in any case. This is the only way Macedonia will continue to talk about its European future, Arsovski underlined.

“Prime Minister Zaev clearly presented his view during the meetings in Brussels. Macedonian identity and language are non-negotiable and should be removed from the table. The country has implemented all the reforms through the process of European standards at home, all EU criteria for opening the membership negotiation process have been met. Macedonia deserves its place in the European Union,” Arsovski told reporters.