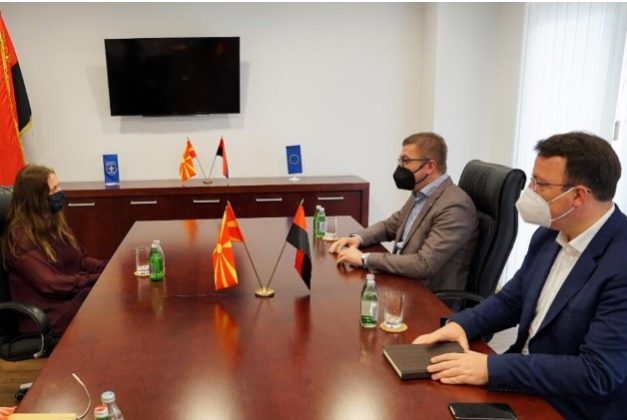 The Macedonian state is sinking in every sphere, and the high level of corruption in the country violates all international standards, said VMRO-DPMNE leader HristijanMickoski and Vice President AleksandarNikoloski at a meeting with the Ambassador of the United Kingdom to Macedonia Rachel Galloway.

The current developments in the country were discussed at the meeting, after which Mickoski pointed out that Macedonia has become a country where it is really difficult to live, unfortunately the promises for development economy of the government resulted in an economic bottom for the citizens.

Mickoski conveyed to Ambassador Galloway the reasons for the growing concern of VMRO-DPMNE about the way the government and institutions deal with the high level of corruption in the country that violates all international standards, such as scandals related to the issuance of Macedonian passports to criminal cartels, as well as the immersion in the criminal activities of certain government officials and the insufficient number of essential reforms is on hold still regarding the country’s international integration.

Mickoski said that the lack of sufficient investments and the really catastrophic realization of capital expenditures, but also the extreme borrowing that reached over 60% of GDP do not provide Macedonian citizens with a stable future.