Home Macedonia Mickoski: Ruskovska’s lawsuit against VMRO-DPMNE will be examined again, this is political... 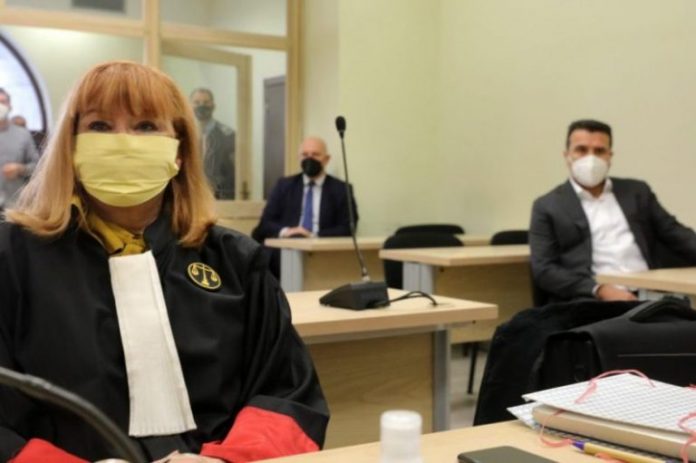 The Skopje Court of Appeals has returned the case in which the head of the Prosecutor’s Office for Organized Crime and Corruption Vilma Ruskovska is suing VMRO-DPMNE for defamation, said party leader Hristijan Mickoski, who accuses it of political orders in anticipation of local elections.

In the first instance, Ruskovska lost the dispute, i.e. the Basic Civil Court in Skopje rejected the lawsuit with which the prosecutor demanded damages for defamation because the opposition mentioned her character and deed in videos from the election campaign for last year.

Mickoski assesses the decision of the Appellate Court as political persecution.

“If it is not clear why no one is involved in combating organized crime, it is because the same people are involved in political persecution. Ruskovska’s lawsuit for a video from the parliamentary election campaign, which she lost in the first instance, is being returned by the Court of Appeals for re-decision. The Court of Appeals obviously respects the ’emotional pain and fear suffered’ from the video, at the same time when the people’s emotional pain is that instead of vaccines they chased commissions, that world mobsters still roam the world with Spasovski’s passports, that the money from the racket It was never known where they ended up, that there is no money for the treatment of the citizens, and there is a million-dollar firefighting scale for Shilegov. If they think they are going to scare us, they are lying. If they think they will win, they will lose,” Mickoski said.

The decision to dismiss the lawsuit was made by the Civil Court last October. Through this lawsuit, Ruskovska demanded damages in the amount of 10,000 euros, which she said she would donate to the SOS Children’s Village.

Before filing the lawsuit, Ruskovska asked for her first apology, which she did not receive. Her name was mentioned in two videos made by VMRO-DPMNE. One showed a mother reading a story to her child at bedtime and mentioning the name “Vilma”, which gives politicians the opportunity to choose the blame for their opponents. In another video, a photo of her and Judge Dobrila Kacarska was used, and VMRO-DPMNE said that in that way it wanted to show that they had become synonymous with the injustices of Zoran Zaev and the Louis Vuitton legal system.