Home Macedonia Russia to respond to diplomat’s expulsion from Skopje 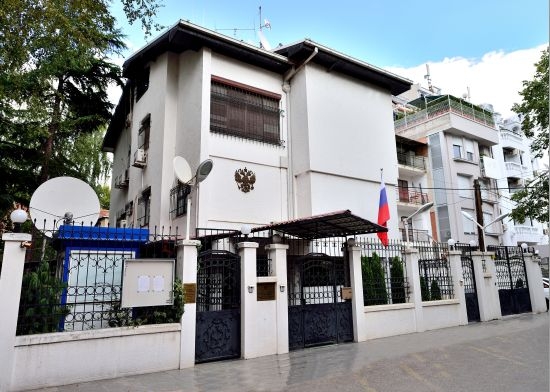 Moscow will respond to North Macedonia’s expulsion of a Russian diplomat, the Russian Foreign Ministry said in a statement on Thursday.

“We strongly condemn such baseless moves, which will definitely impact relations between Russia and North Macedonia. Retaliatory measures will follow,” the statement reads.

The Ministry of Foreign Affairs has declared a diplomat from the Russian Embassy to North Macedonia persona non grata.

In line with Article 9 of the Vienna Convention on Diplomatic Relations, the Ministry of Foreign Affairs has decided to declare a diplomat from the Embassy of the Russian Federation a persona non grata in North Macedonia,” the Ministry said in a press release on Tuesday.

In that regard, the press release read, on May 14, 2021, the Russian Ambassador was summoned to the Foreign Ministry and handed a note ordering that the diplomat must leave North Macedonia within seven days.