Home Economic Dimitrieska-Kochoska: The economy is in a catastrophic state, instead of growth in...

The economy is in a catastrophic state due to the incompetence of the government and instead of growth, the economy is only declining, member of the VMRO-DPMNE Executive Committee Gordana Dimitrieska-Kochoska told TV Sitel on Thursday.

Dimitrieska-Kochoska clarified that there is a seriously difficult situation in the budget and that financial consolidation is inevitable.

“Not only capital investment and construction is in a catastrophic state. Instead of growth we have declines everywhere. All this will create a seriously difficult situation for us, i.e. we already have a seriously difficult situation in the budget and fiscal consolidation is inevitable in the following period because I do not know how we will start servicing the obligations that we have somehow created and the debts in this “a period has passed”, said Dimitrieska-Kochoska.

She stresses that it is more than clear that the government in recent years has spent wastefully and irrationally without thinking and strategy for investing in something that produces added value, which has now led to a unique solution to raise taxes where citizens will be harmed.

Additionally, Dimitrieska-Kochoska points out that SDSM in its time increased the debt by 2.5 billion or 62.5 percent of gross domestic product (GDP) while GDP growth was only 1.8 billion, which means that there is no support for the money spent. 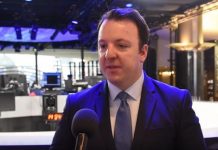