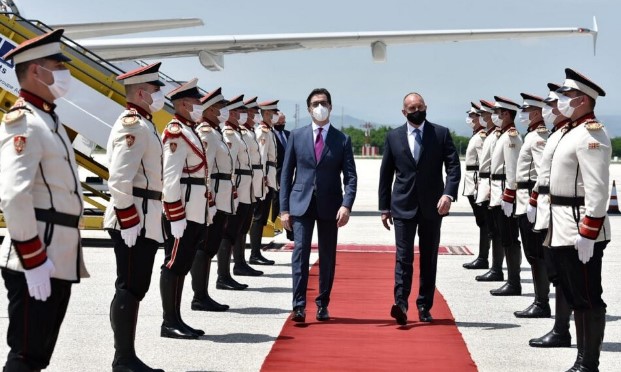 President StevoPendarovski before boarding the Bulgarian President Rumen Radev’s plane at the Skopje International Airport said the trip was an opportunity to renew the dialogue between the countries in the spirit of the Friendship Treaty.

The bilateral relations between Macedonia and Bulgaria were discussed at the meeting, in the context of the Treaty on Good Neighborliness, Friendship and Cooperation between the two countries. The two presidents expressed strong commitment to strengthening good neighborly relations and advancing the political dialogue between Macedonia and Bulgaria.

The joint visit is seen as a step to ease relations between the two countries at a time when a Portuguese proposal is on the table to resolve the dispute between Skopje and Sofia and unblock North Macedonia’s European integration process.