Home Macedonia  Nikoloski: We had extensive training with the Konrad Adenauer Foundation, VMRO-DPMNE will... 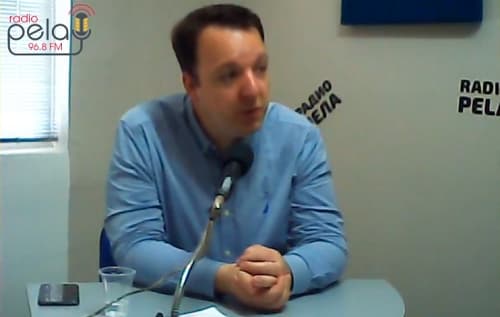 Today we close the last event we have with the German Konrad Adenauer Foundation for training of the entire parliamentary group of VMRO-DPMNE. During these three days, numerous domestic and international experts, primarily experts from Germany, as well as several members of the German Bundestag and ministers from the federal government, participated in the training of MPs of VMRO-DPMNE and the coalition regarding their overall work, primarily in the part of appearing in the Parliament, the part of communication with the citizens, the part of control over the government and the part of elections and election campaigns, said VMRO-DPMNE Vice President Aleksandar Nikoloski at Sunday’s press conference.

He says that the continuous cooperation with the Konrad Adenauer Foundation continues, but what is extremely important for him is that such a big event and such a big training happens for the first time after a training and event that became remembered in the political history of Macedonia, and that was in 2005.

“For the first time we have such an intensive and for the first time such a large volume of training that was in 2005, which speaks of a serious progress and speaks of the relationship we have with the sister party CDU, as well as with their Konrad Adenauer Foundation. I hope that the MPs will be able to transfer all these experiences in the Parliament, as well as in the battle that we expect to fight during the summer for early parliamentary elections, which we expect to take place together with the local elections at the end of October and the beginning of November of this year,” added Nikoloski.