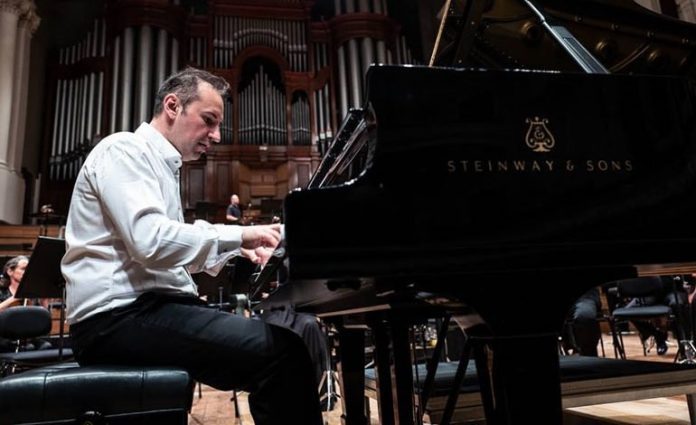 Four Macedonian and Bulgarian performers, who are part of the Sofia Philharmonic Orchestra, will give a concert today in the most prestigious classical music hall “Bulgaria” in Sofia. Part of the group that will hold the concert is the world famous Macedonian pianist Simon Trpceski.

According to the MIA correspondent in Bulgaria, Trpcheski will play in the “Bulgaria” hall, in addition to the Sofia Philharmonic, with his compatriot violinist Aleksandar Kaposki from the Barcelona Opera and the Bulgarian cellist Aleksandar Somov, who works at the Philharmonic in Strasbourg. Тhey will perform a triple concert by Johann Sebastian Bach.

During the concert, the music project “Makedonissimo” with Macedonian folk music will be performed, Trpceski told MIA in Sofia.