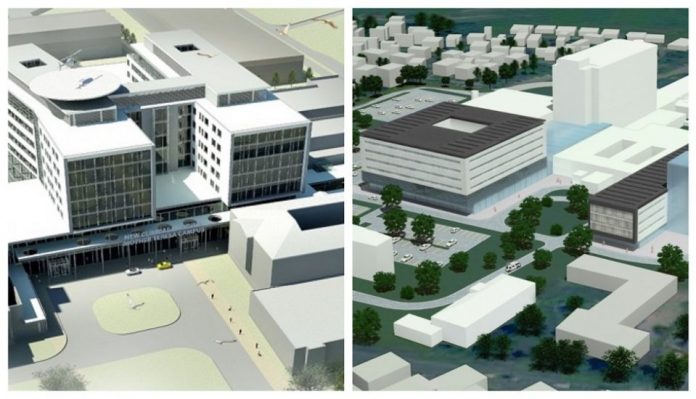 In just a few months or in September of this year, a new clinical center will be opened in Belgrade, which will be the largest in the country with a total of 432 hospital rooms and 1,000 beds.

President Aleksandar Vucic recently said the investment would cost about 125m euros and would be built in two phases, with the first phase costing 69m euros and the other 43m euros.

VMRO-DPMNE said in a statement to the public that the most corrupt government in Europe, led by Zoran Zaev and Health Minister Venko Filipche, want to build a clinical center that will cost more than half a billion euros. That is four times the price of what is currently being built in Serbia.

“The one being built in Serbia is identical to the VMRO-DPMNE plan for clinics and envisages 1,000 hospital beds, 400 hospital rooms, and other necessary things for a modern medical center and costs believe it or not 125 million euros. That is four times lower price than what the most corrupt government in Europe, Zaev’s government, wants to spend on clinically. What Zaev and Filipce are planning is just a robbery of the people. What Zaev and Filipche are planning is another crime of Zaev and Filipche of the many in line,” says the opposition party.