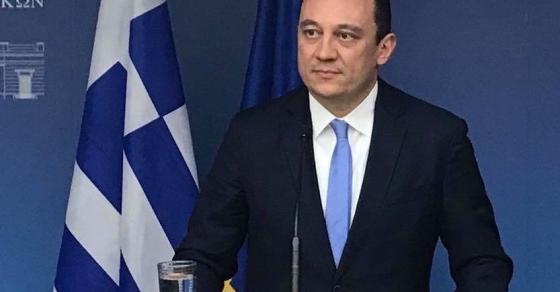 Greece strongly supports the European perspective of the Western Balkans, which has been confirmed by the prime ministers during their last year’s meeting, says Greek Deputy Foreign Minister Konstantinos Vlasis.

In an interview with Bulgaria’s daily “Trud”, differences and friction are inevitable between neighboring countries, especially in a region such as the Balkans, where history had gone a long way.

Discussion and dialogue always provide a way to settle differences, according to him. In this regard, as it is already known, Greece had overcome differences with North Macedonia several years ago.

Athens, Vlasis noted, would like to see Sofia and Skopje bridging all differences. The goal, he added, is to strengthen stability and security in the wider region and create joint European future for the citizens.

Commenting on Greece-Bulgaria relations, Vlasis said that the two countries are an example of harmonious cooperation in the region, showing the right path toward settling differences from the past and building sincere relations of friendship and cooperation.