Home Macedonia Klekovski: According to the Portuguese proposal, the Macedonian government should state that... 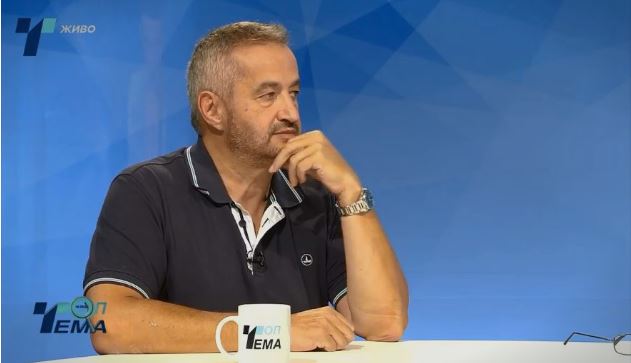 Analyst Sasho Klekovski stressed in an interview with TV Sitel regarding the announcements of Prime Minister Zoran Zaev for intensifying talks with Bulgaria, that they tried all possible formats but they still don’t work.

“We certainly have to talk to Bulgaria in one format, another or third. So far we have tried all the formats and they do not work. There were attempts for direct talks between Macedonia and Bulgaria in Berlin. Berlin only mediated with the non-paper from Berlin and he was not accepted in Sofia. Then followed the appointment of special representatives from Macedonia to Bulgaria, half a year has passed since the appointment of special representatives and it did not work, it did not give any results, as a bilateral issue to be resolved by the countries themselves also did not work, we that they tried all possible formats and they do not work,” said Klekovski.

Analyst Klekovski added that the Portuguese proposal regarding the non-paper from Berlin has been upgraded and includes a specification where the Macedonian government should state that the Macedonian language was codified in 1945.

What is important in the Portuguese proposal is that it has been upgrade to the Berlin non-paper, basically consisting of two statements of the Macedonian and Bulgarian side where they express their views. If I remember correctly, then there was a specification that the Macedonian government should declare that the Macedonian language was codified in 1945,” noted Klekovski.