Home Macedonia Siljanovska Davkova: When is Zaev realistic about getting the date for start... 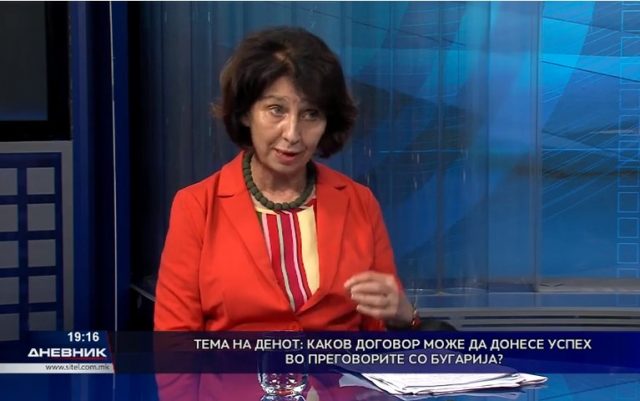 In an interview with TV Sitel News, MP GordanaSiljanovskaDavkova, regarding the negotiations with Bulgaria, profiled Prime Minister ZoranZaev with the description “I say, I forget, I deny”, and asked why the head of state StevoPendarovski was not included in these negotiations as the first man for international relations in the country.

“I have been saying for a long time that the profile of our Prime Minister can be defined as I say, forget, deny. Now he is a realist, it surprises me because we have been under the illusion for a very long time that the next moment or the next date we start the negotiations, and we forget when that date will come, if it has already come. Bulgaria’s Declaration and statements clearly say that the start of negotiations should not be seen as a guarantee of membership, but only as a positive driving force for reform,” said SiljanovskaDavkova.

She added that the elections called for “self-Europeanization”, i.e. building a state according to European standards, based on the rule of law, respect for human rights, a market economy and a fierce fight against corruption. But, as SiljanovskaDavkova pointed out, the government’s excuse was to resolve the issues with the neighbors first, because that was the only way to move towards the EU.