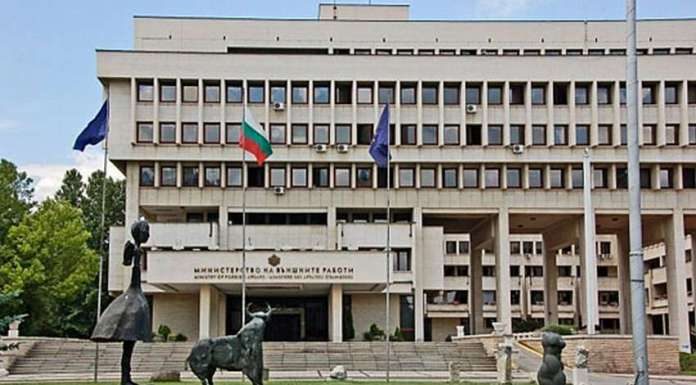 One of the obligations undertaken by the Macedonian side, on the 17th of this month in Sofia, envisages Skopje to confirm to the UN as soon as possible that the short and long name of the country refer only to the political entity “Republic of Macedonia”, and not to the geographical region “Macedonia”.

The Bulgarian Ministry of Foreign Affairs announced this afternoon a list of commitments that the Macedonian side allegedly accepted during the meetings in Sofia on the 17th of this month.

According to a statement issued by the Bulgarian Foreign Ministry, during the meetings of Prime Minister Zoran Zaev on June 17, 2021 in Sofia with President Rumen Radev and Prime Minister Stefan Yanev, as well as in talks between Foreign Ministers Svetlan Stoev and Bujar Osmani, the Republic of Macedonia expressed readiness to fulfill the following obligations:

Skopje to confirm to the UN as soon as possible, in accordance with Art. 11 p. 3 of the Good Neighborliness Treaty that the short and long name of the country refer only to the political entity “Republic of Macedonia”, and not to the geographical region “Macedonia”, part of which is located within the sovereign borders of Bulgaria. After sending this verbal note, Bulgaria will immediately stop insisting on using only the long name “Republic of Macedonia” in the EU and in international organizations.

The Republic of Macedonia should finally withdraw its minority claims to Bulgaria, confirming that there are no historical, ethnic and other grounds for claiming minority status for any group of people who are not its citizens on the territory of the Republic of Bulgaria. This would be in line with the non-interference clause in Bulgaria’s internal affairs, set out in Art. 11 p. 5 of the 2017 Treaty;

Furthermore, the Republic of Macedonia must coordinate with Bulgaria the content of its education curriculum, in order for it to reflect the shared history, a central element of the Friendship Treaty, and eliminate content that promotes hatred toward Bulgaria (Article 11). The document also proposes the removal of any signs in North Macedonia that spread hate towards Bulgaria and Bulgarians.