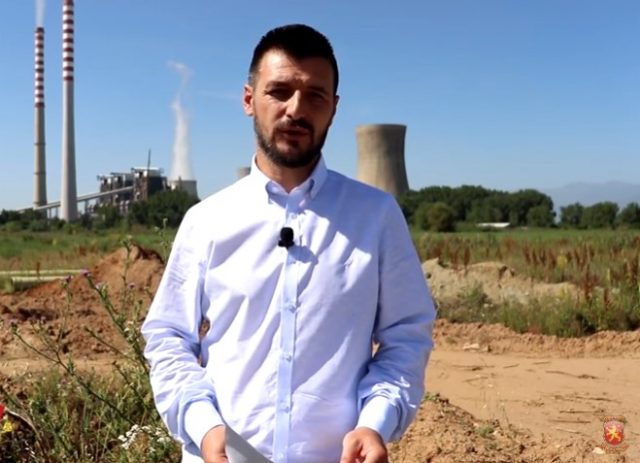 REK Bitola is sinking in accidents, in scandals related to Vice Zaev, the brother of Prime Minister ZoranZaev, is sinking in debt but is still a so-called”golden goose” for the regime’s followers, warned PeceMileski from the ranks of VMRO-DPMNE on Sunday at a press conference, and pointed out as an example MendeFidanovski, president of the union in the key energy plant for the country, whose private company won tenders worth one million euros.

“Immediately after taking power, the regime attacked the trade union organization in the energy sector. In 2017, with an intrusion into the trade union organization, the regime formed a new trade union in ELEM, and MendeFidanovski, an employee of REK Bitola, was appointed president. But, except in REK Bitola, MendeFidanovski also has a private family company, COMPACT MSF from Bitola. The family company of MendeSidikalecot only this 2021 has won 9 tenders of REK Bitola, where Mende works, with over 378 thousand euros or over 23 million denars. Last year, in 2020, the family company of Mende the Trade Union has won 11 tenders, with over 616 thousand euros, or over 38 million denars. So, only last year and this half year, Mende, a trade unionist from REK Bitola, collected almost one million euros in his company “, said Mileski.