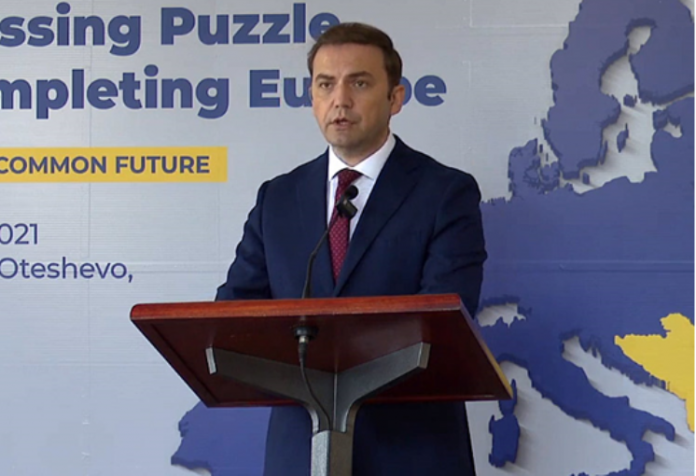 Around 300 participants from the region and the international community, including prime ministers, presidents, ministers and secretaries-general, will take part in the First International Conference within the Prespa Dialogue Forum, titled “Western Balkans: the Missing Puzzle Piece to Complete Europe,” to be held on July 1-2 in Ohrid and Oteshevo.

The conference will feature sessions on economy and business cooperation, civil society, regional media, and the process of European integration. Panels will discuss young people and their vision for the future of the South East Europe region, women, peace and stability, building trust through dialogue, and the role of the Western Balkans in the future of Europe as well as lessons learned from long-standing disputes in Southeast Europe.

According to Minister of Foreign Affairs BujarOsmani on Saturday, the Prespa Dialogue Forum is a platform to promote democratic dialogue through the examples of the Ohrid Framework Agreement, which celebrates its 20th anniversary this year; the Prespa Agreement; and the Friendship Treaty with Bulgaria.

“These are not final solutions, but a framework for regulating issues that is further adapted to current developments,” Minister Osmani said.

FM Osmani also announced an informal meeting of the B6 platform scheduled to take place before the start of the conference on June 30.

“My intention is for this informal format, similar to other European formats such as V4 or C5, to become a regular event for regional ministers to informally exchange opinions and information and propose ideas for challenges and opportunities for cooperation,” Osmani said.

Asked if any declarations or joint statements would result from the B6 meeting, the foreign minister said the B6 platform was not directly related to the forum and no official declarations would be adopted. It would be an opportunity, he said, to establish a regular dialogue between regional ministers and “to show the degree of maturity in the region.”

According to him, the ideas exchanged at the conference would be translated into political guidelines “which can serve as a basis for other initiatives” while also sending “a message to the EU and the transatlantic community.”

In response to a question about Bulgaria’s sending the general director of the Bulgarian Foreign Ministry to the conference and “what message is being sent with that level”, Osmani said it was important that there would be an official representative of the Republic of Bulgaria as the conference was an important acknowledgement of the authentic story created by the Republic of Macedonia.