Home Macedonia Macedonia has no alternative except EU membership, Mickoski says after meetings with... 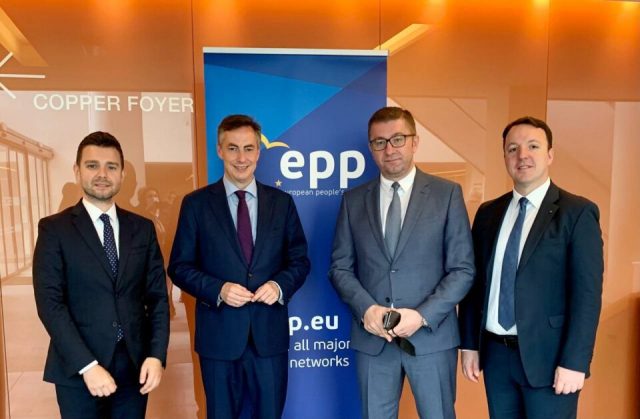 There is no real alternative for Macedonia other than the country’s membership in the European Union, said VMRO-DPMNE leader HristijanMickoski Tuesday within the political assembly of the European People’s Party (EPP), when he met with David McAllister, Chair of the Committee on Foreign Affairs of the European Parliament, Paulo Rangel, Vice President of the EPP and MEP from Portugal, as well as an informal meeting with Andreas Schieder, MEP of the Austrian Socialist Party and Chair of the EU Joint Parliamentary Committee with Macedonia.

“The country must no longer be a hostage of the abuses committed by the current government of European perspectives and the name of the European Union in order to justify all wrong decisions. Macedonia and Macedonian citizens deserve to be a dignified member of the EU,” Mickoski said.