Home Macedonia VMRO-DPMNE begins promotion of policies that will get Macedonia back on its... 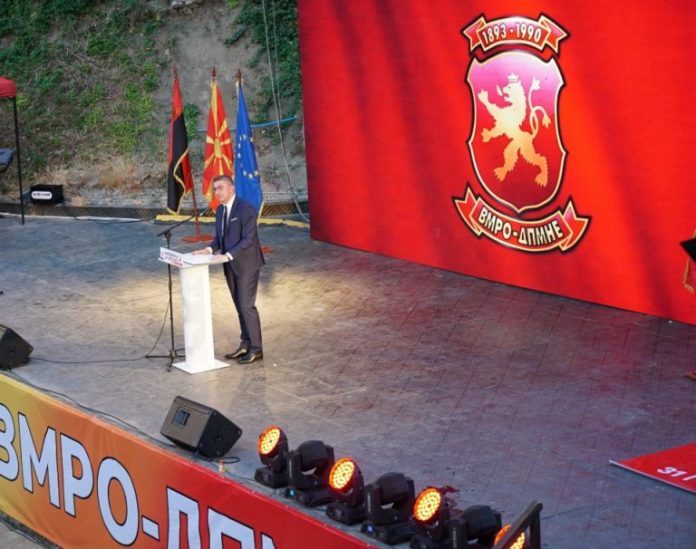 Starting next week, VMRO-DPMNE will begin promoting policies that will stand the country on its feet, as an offer for the local elections, but also for the struggle for the central government, announced VMRO-DPMNE leader Hristijan Mickoski in a political show on Alfa TV.

“As of next week, VMRO-DPMNE begins the events involving the citizens in which we will start thematically announcing the general directions and an offer with which we will go to the next local elections, but also a step later when we will have a campaign for the central government. This is what we personally intend to offer to the citizens. We expect criticism, advice, because the criticism can be positive, to see if that is enough of what the citizens expect from us,” said Mickoski.

He stressed that in order to succeed in all areas, we must first deal with crime and corruption and put the economy back on its feet, and have a healthy economy.