Home World Radev: Skopje to lift blockade on its own 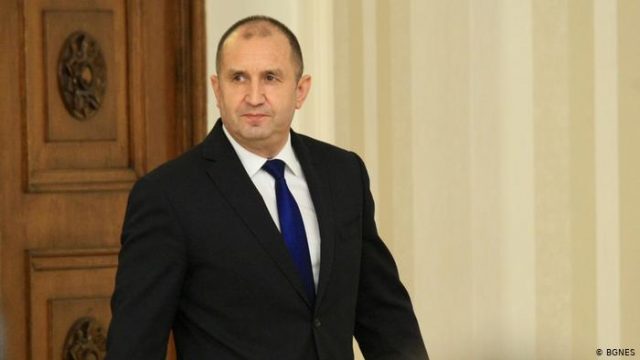 Bulgarian President Rumen Radev commented on the relations and negotiations between Bulgaria and Macedonia, after casting his vote in Sunday’s elections in Sofia.

“Bulgaria’s policy towards North Macedonia doesn’t depend on which government is in power and what the parliament will be, but having an open constructive dialogue between Skopje and Sofia, which should be conducted between the two capitals. Not Brussels or Paris, and depends on the criteria Skopje will meet for EU membership,” Radev said in response to a reporter’s question on whether the new government would change its policy towards Skopje.

“It’s not Bulgarian, we need real, sustainable results for EU membership, to change textbooks, monuments and their inscriptions, museums, public media, to eradicate hate speech – when the barrier falls, our young people should not hate each other,” he said.

Radev stressed it doesn’t depend on Bulgaria, but on the country, the Republic of North Macedonia, which must have clear and decisive actions.