Home Macedonia There is no evidence in the “Organizers of April 27” case, says... 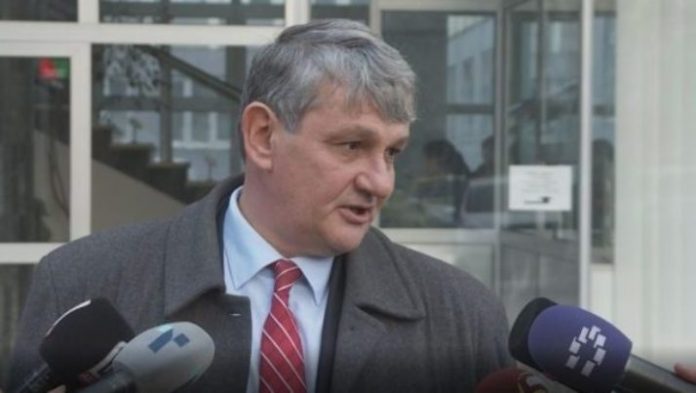 With the closing remarks by defendant Mile Janakieski on July 14, the main debate on the case “The organizers of April 27” continues, i.e. the intrusion and unrest in the Parliament from that date 2017 during the election of TalatXhaferi as Speaker of the Parliament that the opposition and the civil initiative “For a Common Macedonia” considered contrary to the Constitution of the country.

The attorney several former officials from the now opposition VMRO-DPMNE accused of allegedly organizing the protests and intrusion ElenkoMilanov said that the Law on Criminal Procedure is nebulous, so the Trial Chamber cannot terminate proceedings without the approval of the Prosecutor’s Office. On that basis, he asked the Court Council to issue an acquittal.

In his closing remarks, he read a number of quotes from MPs who testified about this case.

“These statements were in front of you, you listened to them and they all clearly confirm that there was no organization of MPs, nor was such an organization made by Spiro Ristevski or Mile Janakieski. Due to the occurrence of circumstances due to which there is no possibility for criminal prosecution, ie in accordance with the provision 402 paragraph 1 item 6, I request you to reject this accusation for Spiro Ristevski and Mile Janakieski for which I emphasize in this closing statement, but also for TrajkoVeljanovski. “I believe all the evidence has convinced you enough that these three defendants did not commit the crime they are charged with,” Milanov concluded, citing the former transport and communications and labor and social care ministers, as well as the former Parliament Speaker.